This site contains affiliate links to products. I may receive a commission for purchases made through these links at absolutely no cost to you! I only recommend products & tools that I personally use & love & all opinions are 100% my own.

Today was a huge milestone for our family, I mean HUGE!!!! Elias sat through an entire  haircut and Tommy got his first facial shave!!! I choke up just thinking about it!! Elias got his very first hair cut when he was a little over 1 and it was the perfect experience. Perhaps because he didn’t know what was happening, but he didn’t move, he didn’t cry, he didn’t whine, he posed for pictures. IT WAS PERFECT!!!

Then came the 2nd and I’m not sure what triggered the change but it didn’t go so well; he hesitated, he cried, but he got through it with encouragement. The 3rd was more challenging. He began to fight it, he kicked, he screamed, he cried, he wiggle and moved, he didn’t get through the entire session! By the 4th and 5th attempts, Elias was boldly refusing. He was kicking, screaming, crying hysterically. It was a tantrum at its finest and anxiety for all us involved. Toddler haircuts increasingly became a dreaded task. 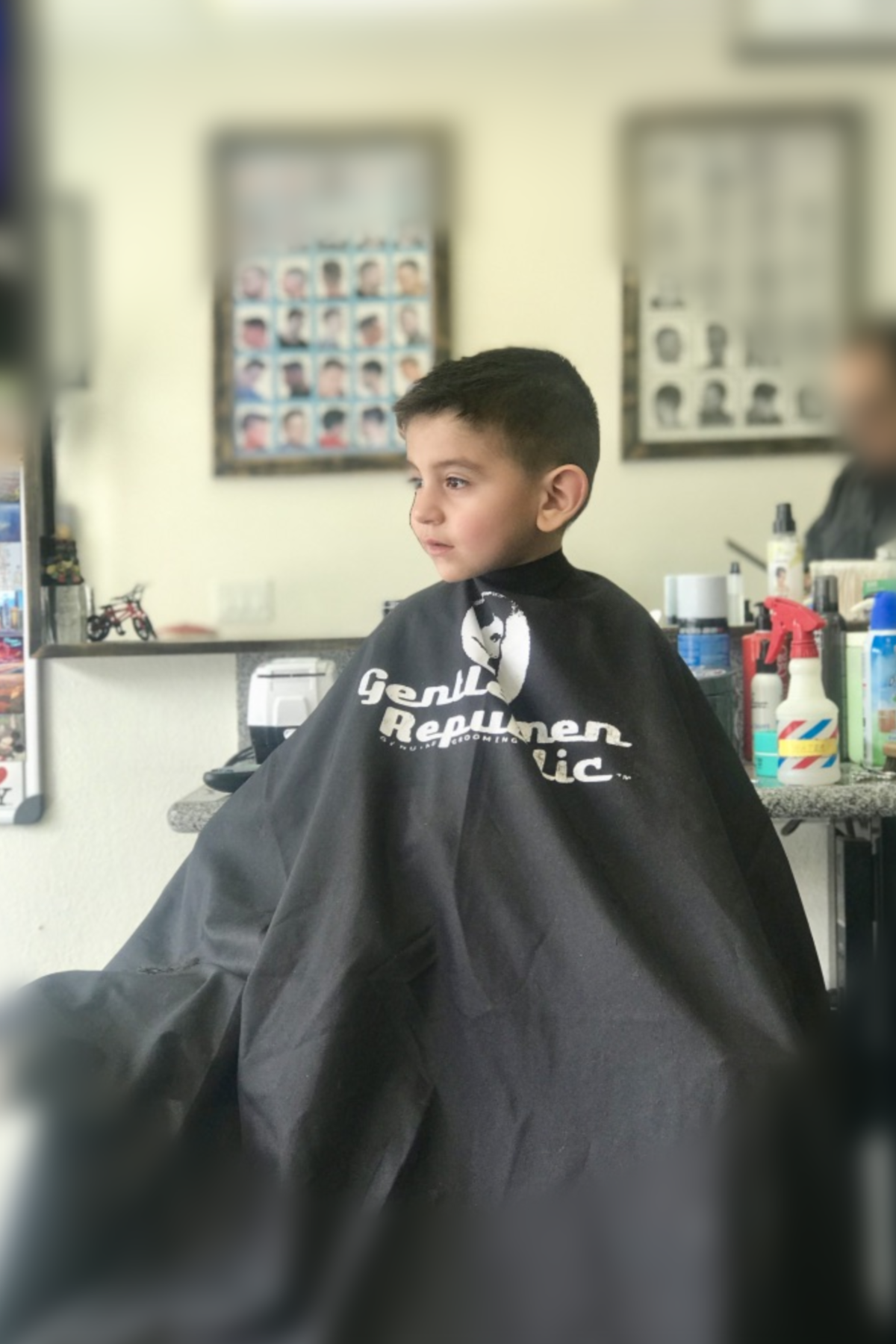 I tried every recommended tip and trick on toddler haircuts: bribes, toys, phone time, candy, I even took him asleep one time. We tried cutting his hair with scissors only, we encouraged him to hold the clippers & scissors (with supervision of course), we had him watch his little brother get a haircut before his got his to show him everything would be okay. I went to every recommend kid friendly, adult, specialized salon and barber, most of them turned us way as soon he began refusing to even sit on the chair, or they didn’t finish the session. I even bought a kit and tried to cut his hair at home. IT WAS BAD!!!

I eventually handed the baton over to my husband and he took the kiddos to Luis Barber Shop, the shop was recommended by my brother-in-law. The first visit was, as expected a painful visit, BUT they were extremely patient and very diligent! They did amazing with Tommy, who at this point was doing okay with his toddler haircuts but was starting to imitate some of his big brother’s reactions to haircuts. Jose and my brother-in-law took the boys two or three more times but Elias continued to have a really hard time and it became overwhelming for all of us.

By this time I had done some research and as it turns out, it’s not mandatory for toddlers to get a haircut, so I decided to let his hair grow for a few months or until he was ready. No more toddler haircuts for Elias for a long while, he was thrilled! But let me tell you, did I get some shit from a whole lot of people for this!! Still, my child was happy and loved the idea of letting his hair grow! No more battles…at least not with Elias, I  just had to endure the naysayers.

Tommy continued to go to Luis Barber Shop, he looked forward to his gumball after his haircut. I didn’t expect Elias to be ready for a haircut soon; I anticipated AT LEAST 1 year before he might even consider it. The last time Jose and I encouraged him to go was in August or September of 2018. Once I told him he didn’t have to cut his hair, anytime somebody would tell him to get a hair cut he’d gleefully state “I’m letting it grow!”…  I’m so proud of him for that!

Today however was a surprisingly special day! Tommy had an appointment scheduled for his toddler haircut with his Uncle, as they were getting ready to head out, my brother-in-law asked Elias if he wanted to go…and he said YES!! Usually he doesn’t even entertain the idea of going, simply agreeing to go was a huge accomplishment 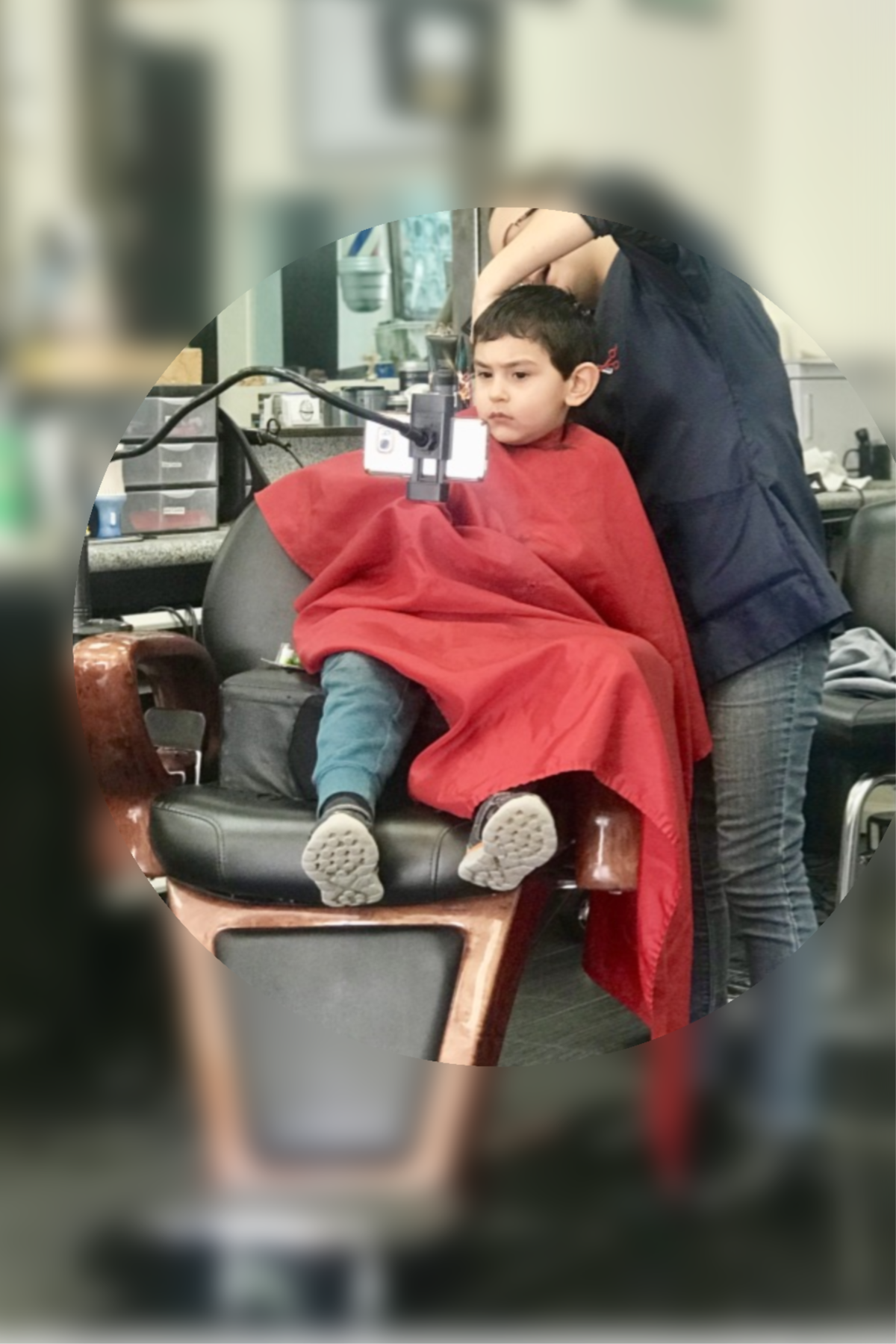 I asked Elias if he’d get a haircut and HE AGREED!!..in exchange for 3 gumballs. Shoot I’d get him the whole damn gumball machine if gumballs was all it took! I agreed, thinking he wouldn’t follow through. And sure enough when it came time for his turn he refused. Not 3, 5 or 10 gumballs were enough to convince him. So I let him be, the Barber, a lady named Teresa encourage me not to pressure him. I could see the struggle in his little face, a cocktail of emotions, torn between wanting to be brave but still so afraid.

Tommy went ahead and took his turn on the chair, he sat by himself today, a new accomplishment for him, he’d been sitting on someones lap up until now. As Tommy was getting his haircut, Teresa came and sat next to Elias with a giant chocolate bar. We made brief eye contact, she smiled so sweetly and I looked away and gave them space. Again, I honestly thought she wasn’t going to be able to convince him, but I was happy to see she was building rapport with him, maybe next time he’d at least sit on the chair.

I continued to glance over to Elias and Teresa and every time I did he looked more comftorbale. A few minutes later, he got up, and calmly said “Mommy I’m going to go get a haircut now”. I WAS SPEECHLESS, EXCITED,  NERVOUS, SURPRISED! I wanted to shout and congratulate him for being  brave, but I knew not to make a big deal. So I very nonchalantly said “okay baby, go ahead”. I thought for sure he’d change his mind and run off as soon as he sat down. BUT HE DIDN’T! I turned to look at my brother-in-law in utter shock! We decided not to make a big deal of it in that moment.

I have no idea how Teresa convinced him but I do know that taking the time to sit with him for those few minutes made all the difference in the world! Additionally, the shop put PJ Mask cartoons to entertain my boys while they got their haircuts. A room full of adults (staff and customers) sat there, watching cartoons so that two little toddlers would feel comfortable getting their haircuts! I’m humbled and speechless and so very thankful! 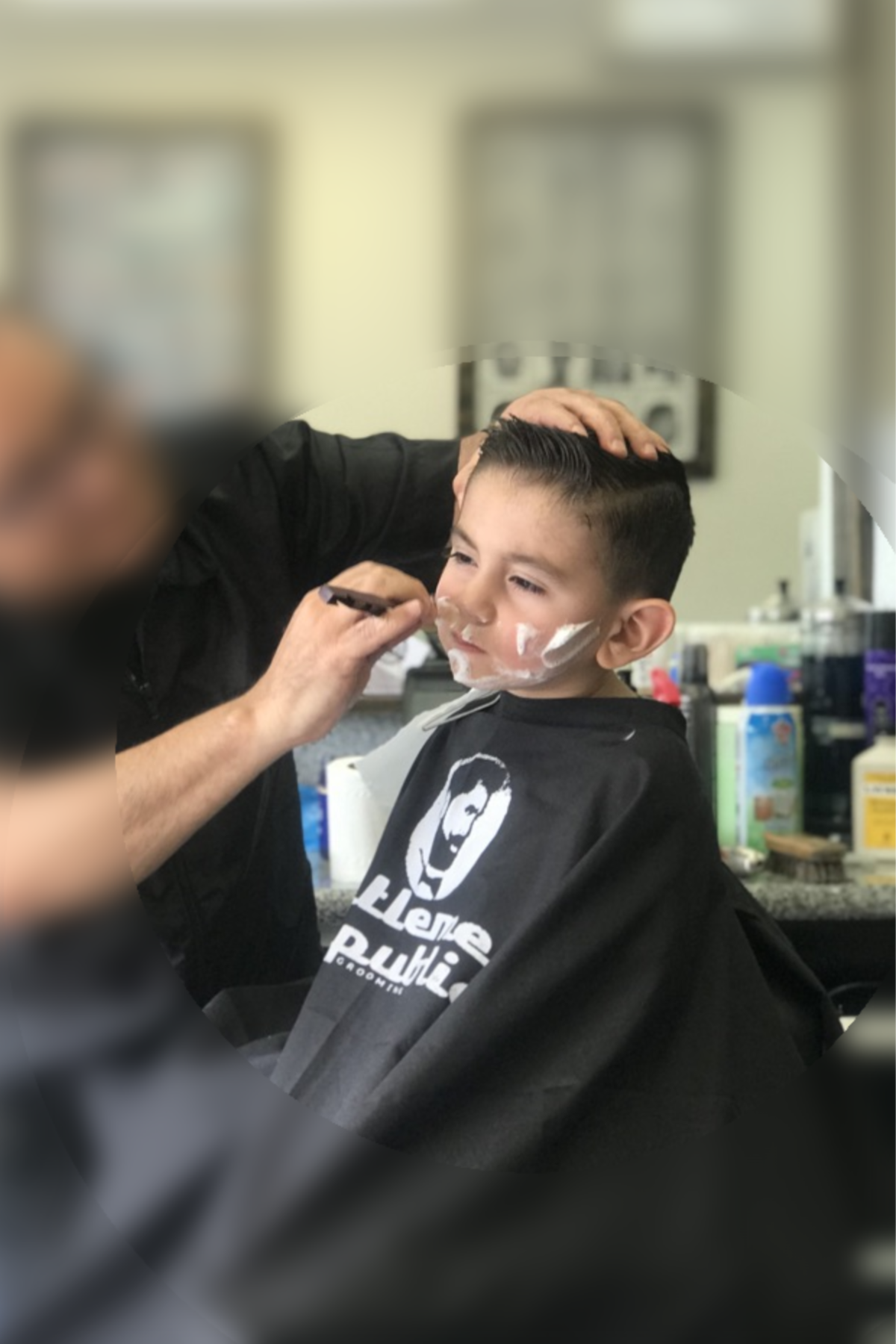 I glanced at Elias every now and sneaked in a few pictures, I could tell he was uncomfortable but he was going along with it. Teresa didn’t use the clippers initially, she cut most of his hair with scissors. She tried to introduce the clippers a few times but was respectful when he’d say he didn’t want her to use them. By the end of the session however,  she was using the clippers and Elias was perfectly okay with it! Again, I’m clueless on how she manage to do this! I have no idea if Elias will be open to going back in a few weeks, but today was certainly a success, I am so proud of him!! Hopefully with ongoing praise and positive encouragement, he’ll eventually  be open to going routinely.

And perhaps in the near future, he’ll be asking for a fresh shave just as Tommy did today. As the barber announced he was done cutting his hair, Tommy said he wanted a shave. He had been seeing the men before him get a shave and I assume his clever mind thought it was part of the process. The barber entertained the idea and completed a mock shave, it was adorable and Tommy was so happy!

Today was amazing! Both Tommy and Elias reached amazing milestones! And while it has been more of a challenge for Elias, the success we saw today, thanks to the professionalism, kindness and patience of an amazing establishment with beautiful barbers is beyond heartwarming.

I know I’m not the only parent whose gone through this and I’d love to hear what your challenging experience and or success has been with toddler haircuts or any other toddler milestone.

Until Next Time… Much Love!!!

else. I started Oops Not Sorry hoping to empower Moms balancing home-life, career, self-love, delicious meals and those in between life adventures. I don’t have much of it figured out, but I’m embracing and loving the process. Read More

Jazz Up Your Inbox! 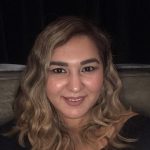